This was a collaborative photography project inspired by the story of the Skeleton Woman. We worked together to recreate the story through my dress design, Cadie’s expressive photos, and Rachael’s physical embodiment of the character.

The dress design was originally completed for an advanced painting course I did in spring. The dress was inspired by the story of the Skeleton Woman and separate photography was done to document the dress for the painting class. The photographs above are different photographs taken with the assistance of Cadie McNaboe and Rachael Devecka (as the model) to embody our shared analysis of the Skeleton Woman tale in relation to our portfolios- Art, Womxn, and Language – as well as the themes from this course.

The Skeleton Woman is a story of a woman thrown out by her father for a forgotten crime. In her father’s eyes, this crime warranted her death by drowning––similar to the idea of an honor killing of which women are the primary targets. Yet, as the tale notes, such killings do not serve to avenge the insult: people do not remember the Skeleton Woman’s crime, they remember her murder.

The pain she feels at being outcast for something nobody quite remembers is a pain that many women share. We are often judged by stricter rules, meted harsher punishments, and then forgotten. This pain literally eats the Skeleton Woman alive, until she becomes nothing more than bones at the bottom of the sea. It is not until she is seen as a living thing worthy of respect and warmth by the fisherman that she returns to her humanity. We chose to portray the moment that she finally emerges from the sea, restored to humanity but dragging the weight of her suffering with her.

The paintings on the dress are of the similar watery depths the Skeleton Woman wallowed in for years before she was brought back to her humanity. The photographs are all positioned to portray the figure emerging from the cold water as the Skeleton Woman does in the tale, but unlike the tale, these photos show a gradual emersion rather than an abrupt one. Their colors and the many reflections of the figure captured in the pictures communicate the subdued, reflective mood of the story and her experiences.

Art requires immersion. In order to retell this story, we had to partly live its reality––for us, this entailed getting into the freezing-cold February water of Davidson’s Lake Campus, which was certainly a difficult and painful task. When the dress became waterlogged, it grew heavier in a literal representation of the weight the Skeleton Woman had to bear.

Art, similar to this story, is not limited to one audience and telling. Rather, it has room for interpretation. The details one fixates on vary, the moral or lack thereof changes in interpretation, and the specific telling of the story warps over time and between people. Yet, overall, the same basic story is passed down just possibly with a different nuanced message. The complexities of the story lie in its embodiment through its telling and retelling. No interpretation is identical, giving way to a story that lives its life off of a page, told not in solidified words, but rather in the meaning it gathers in its simultaneous personal and collective identity. We hope we have added some nuance to the story of the Skeleton Woman through our own artistic retelling. 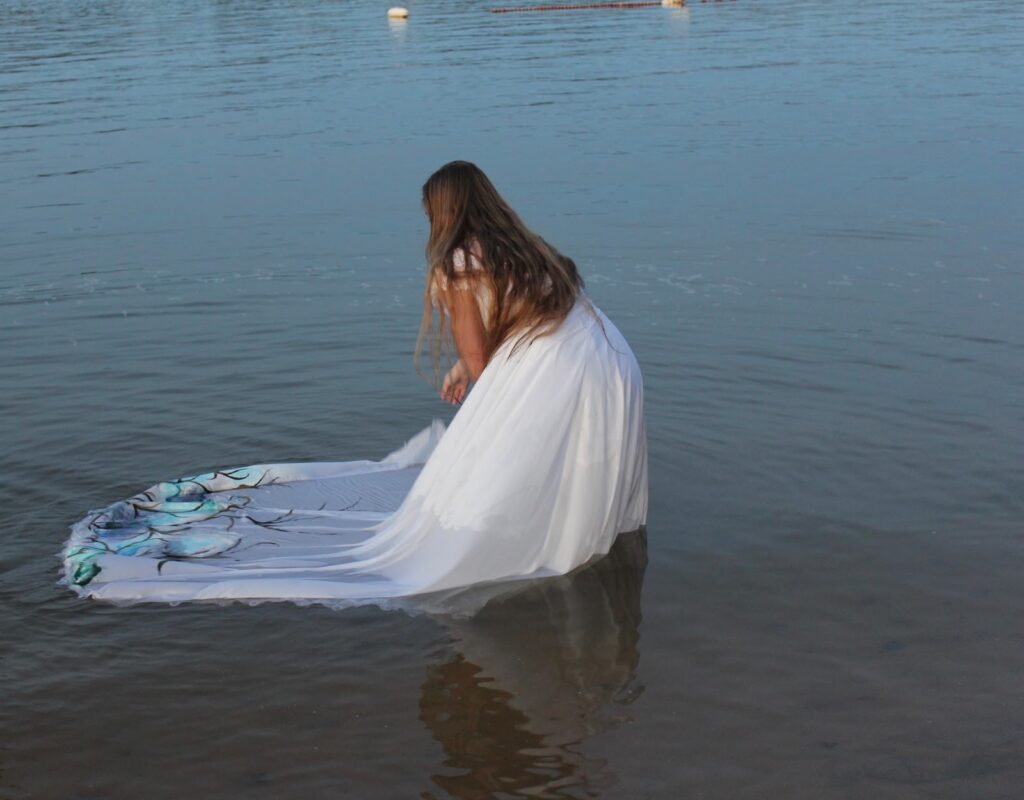 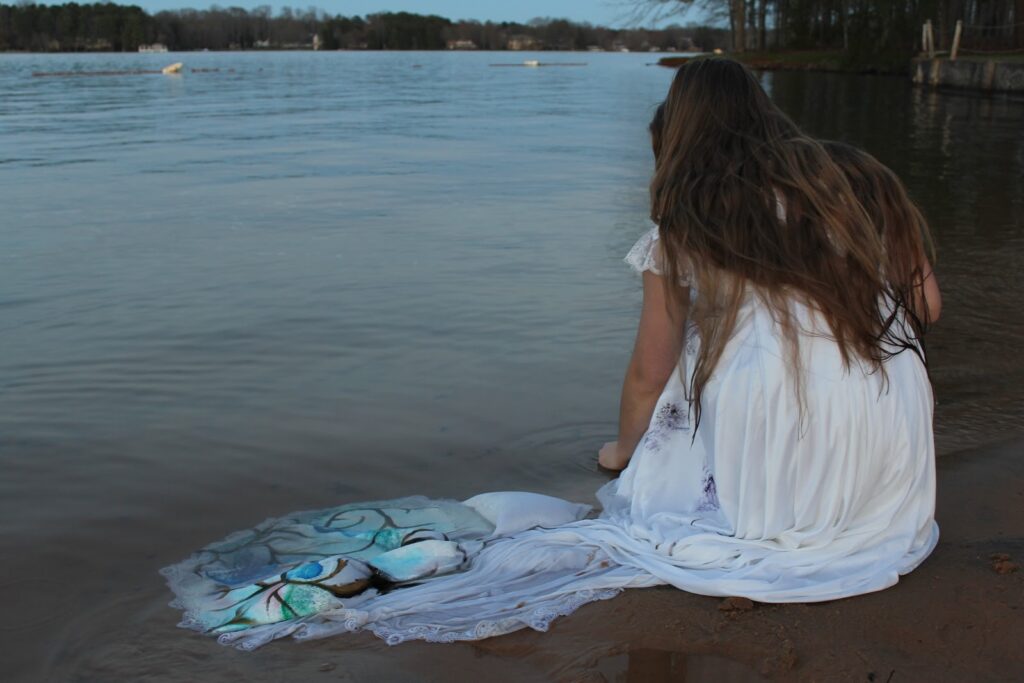 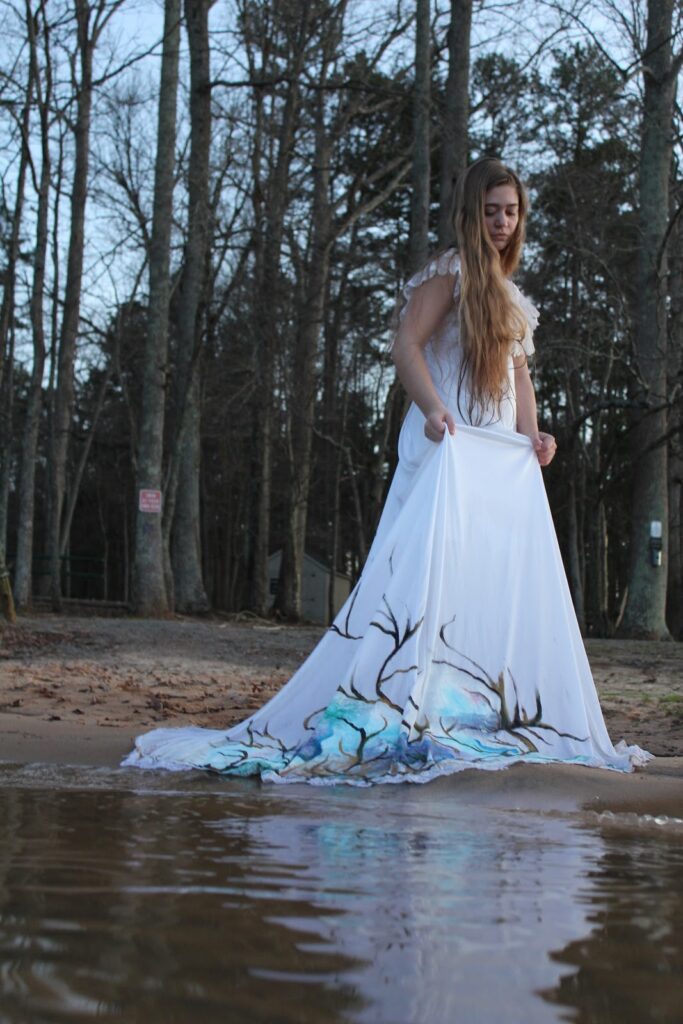