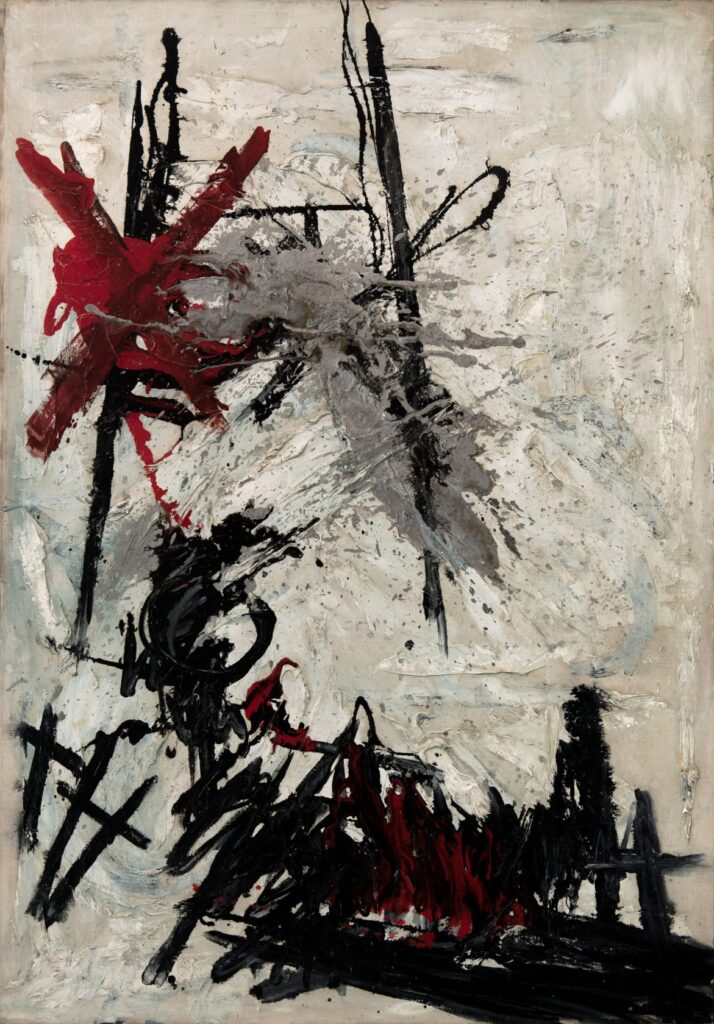 From the moment I saw (Corrine) Michael West’s brilliant painting Still Life (above), I was conflicted. In truth, my first five seconds were spend laughing and wondering if this art was really a child’s painting and I was being duped (Dr. Munger is a psychology professor, after all). But as I went to immediately switch the page, something about this work lured me back in. There was a strained pain, a tempered beauty about the work, one that led me to selecting it as my artist piece for the project. What I didn’t know when I selected it (we weren’t told who the artist was or what period the piece came from) was the complicated story of a woman, whose story was only told in relation to a man. I struggled to understand who she was and why her incredible work was so overlooked; most of my research on her came from her relationship with Arshile Gorky, and how she was considered his muse for most of Gorky’s most famous works. I realized her story was only told in terms of a hidden identity (many of her colleagues recommended utilizing a more masculine pseudonym to gain notoriety) and it forced me to reflect on whose stories are hidden from the main stage. What parts of our society are forced to hide who they are, whether it’s their heritage or their sexual orientation, their personality or their racial background? By defining a normative, we are precluding ‘the other’, something Dr. Tamura spoke passionately about through the program. The standard, by nature, cultivates an exception, forcing brilliance and beauty into a box of consistent and pervasive hyperventilation.